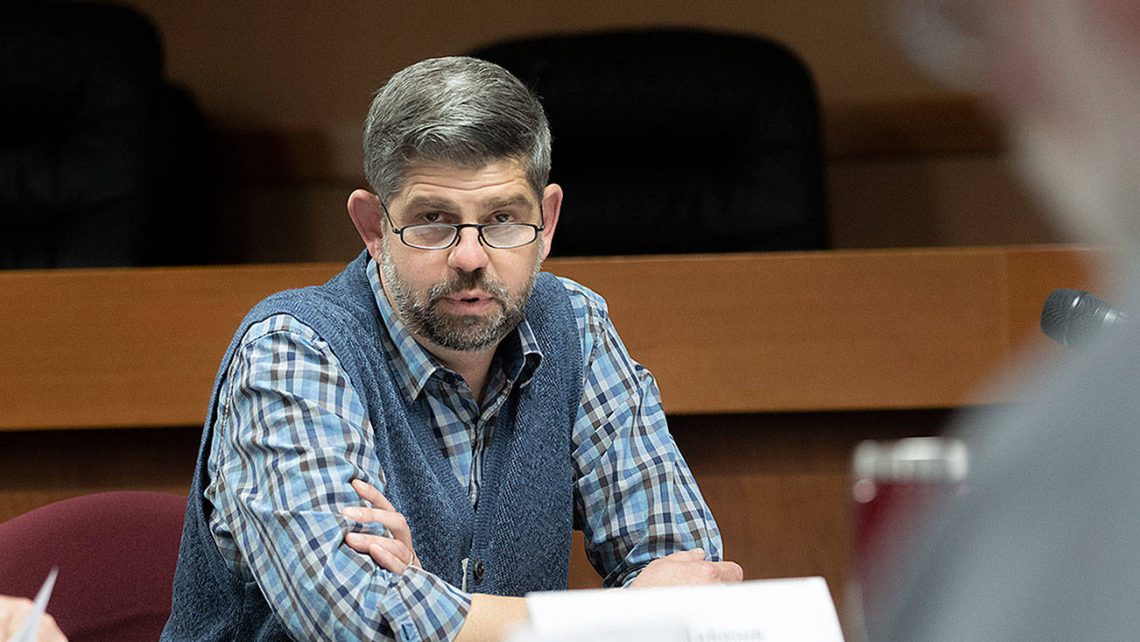 PORT ANGELES — Septic system owners in Clallam County will not pay a proposed $13 per year fee this year after the county Board of Health agreed to table the discussion until next year and to recommend the county use reserves to support the state-mandated on-site septic program.

Clallam County Commissioner Mark Ozias made the suggestion during the board’s Tuesday meeting, where the public generally expressed support for the fee, with some opposed to it.

“I very clearly see the value of this work,” Ozias said.

During public comment the board heard from several people with ties to conservation efforts who said the fee was needed to help support a program that will continue to help improve water quality, especially in Dungeness Bay.

The board also heard from some who are opposed to the fee, including a woman who told the board that approving the fee was a way to bypass giving the public a chance to vote on the “tax.”

Just a day before, on Monday, the Board of County Commissioners directed Environmental Health to hire an additional environmental health specialist to support the on-site septic program, after learning the county had received a $240,000 grant.

That grant will fund the position through April 2021, but Ozias said Tuesday he is committed to funding that position at least through the end of 2021.

The fee was proposed, in part, to fund 2.5 staff positions. The new environmental health specialist position would bring the program up to 2.5 positions.

Board of Health Member and Sequim City Council Member Bob Lake was the only board member opposed to Ozias’ suggestion of tabling the fee.

He suggested that instead of delaying the fee because of the grant, the county should implement the fee to supplement the grant.

“I don’t think we’re funding this enough,” Lake said. “I think we want to take advantage of the fact we have grant funding coming in now and fund in addition so we have extra money.”

Lake said the county is “no better off than when we started this three meetings ago.”

Lake, whose home is connected to sewer, told the board that government is a “zero sum game” and that by suggesting the county use its general fund reserves to support the program, all the board was actually doing was requiring taxpayers who do not own septic systems to pay for those who do.

Clallam County Environmental Health is tasked with requiring regular septic inspections, ensuring known septic failures are fixed and maintaining accurate records for all septic systems, but the department has not had sustainable funding to make that happen.

The county adopted its on-site septic system management plan in 2007 to address those requirements, but it has never fully funded implementation.

County Commissioner Bill Peach said he supports Ozias’ suggestion and that he would like to look at existing funding to support the program without new taxes.

Officials had made the distinction in previous meetings that the $13 per year fee was a “fee” and not a “tax,” but the fee would be charged when septic system owners received their property tax bills.

“This is an unfunded mandate,” Peach said. “I have not one email that says this is something we should proceed with.”

Ozias said that among his greatest concerns was how the decision to delay making a decision would be perceived by staff.

“I’m deeply appreciative of the work our environmental health staff does, not just in this arena, but very broadly,” Ozias said. “I’m very sensitive to the history of disruptions in funding and uncertainty that has surrounded this work and other work. I am committed to finding an appropriate funding mechanism.”

Dr. Gerald Stephanz said at the conclusion of the meeting that he is a physician and does not know anything about septic tanks, but he knows the board of health has been discussing the issue for 20 years.

“I think we are kicking the can down the road,” Stephanz said.

“Yes we are,” Ozias responded.