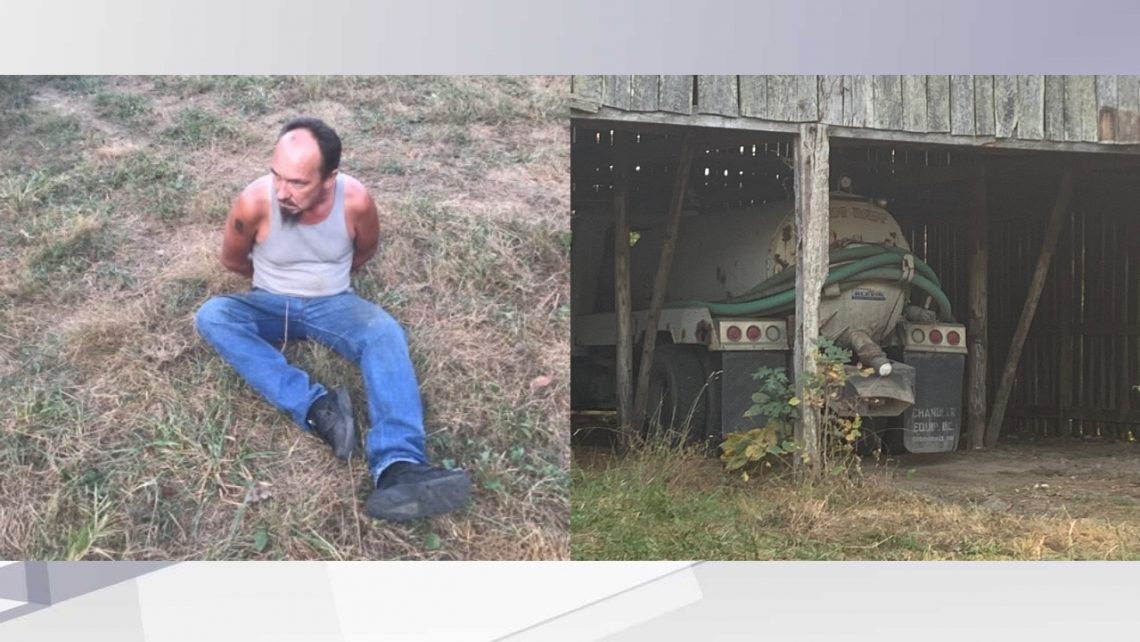 EAST BERNSTADT, Ky. (WKYT) – The Knox County Sheriff’s Office reports that an arrest has been made in the theft of a septic tank truck.

Sizemore is accused of stealing a Blevins Septic Cleaning truck from Barbourville on Wednesday, October 2.

After the theft was reported, investigators found the truck in a barn off Ruben Ridge Road in the East Bernstadt community.

A short time later, the Sheriff arrested Sizemore at a home off Taylor School Road in Laurel County, only about 2/10ths of a mile from where the truck was found.

Sizemore is being held in the Knox County Detention Center on a $10,000 cash bond.