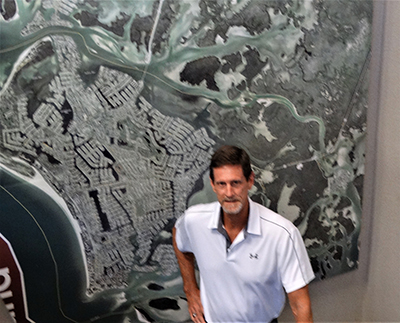 Since its inception as a stand-alone municipality within Collier County, Marco Island has had a number of controversial issues come before it. From the debate over the STRP (Septic Tank Replacement Program) which caused considerable angst amongst its residents, to the debate as to whether to establish a controversial rental ordinance and to the embarrassment brought about by the Niblock debacle, Marco Island City Government has struggled at times.

Nothing however has raised the ire of residents on the small island community as much as the decision last week by a majority of the city council to go against conventional wisdom and vote to open the city’s two public beach access points. After that vote on April 6 of last week, a tsunami wave of disapproval regarding that action hit both social media outlets and lit up the email inboxes of councilors.

It took less than 48 hours to have the City Manager send out an email, his decision, after consultation with Council Chairman Erik Brechnitz to retain the closure of the beach access points on the island which essentially nullified that vote.

Council Chair Brechnitz stood in solidarity with City Manager Michael McNees’ decision. “We needed to immediately move to quell this fear that we would be opening the beach to a throng of off-islanders who would be bringing with them potential contamination from the COVID-19. Never in my experience have I seen this overwhelming response to a decision which was made with nothing but the best intentions. Mr. McNees was correct in his actions.”

Governor DeSantis had originally sent out an order to close Florida beaches after voluntary moves were not successful. Miami-Dade County and Miami Beach, along with Broward County had closed their beaches when spring break attendees refused to abide by social-distancing rules were disregarded.

Collier County also pursued beach closures as well as the City of Naples. Marco Island then followed suit when it closed its public beach accesses and the MICA Residents Beach Parking area was also closed. The entire State of Florida soon followed suit.

The Marco Council, only a few weeks before the ill-fated vote to approve the reopening of the public beach access points, approved the request for the city manager to pursue the closure of the Caxambas Boat launch area in March, due to what some thought were large gatherings disregarding the social distancing guidelines. At their April 6 meeting, they moved to lift the closure of the public beach access points, bringing forth a huge uproar in opposition to that decision, requiring the reversal of that order by McNees.

The next meeting of the Marco City Council will be held on April 20th. It will be televised live on TV and by accessing it through the city’s website at www.cityofmarcoisland.com starting at 5:30 PM.