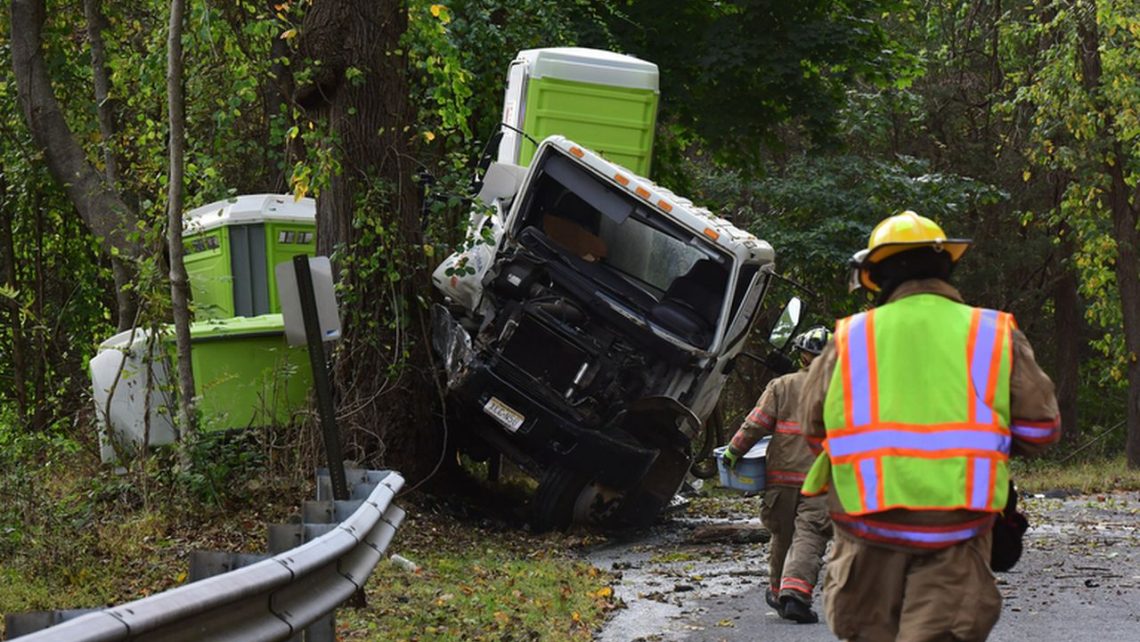 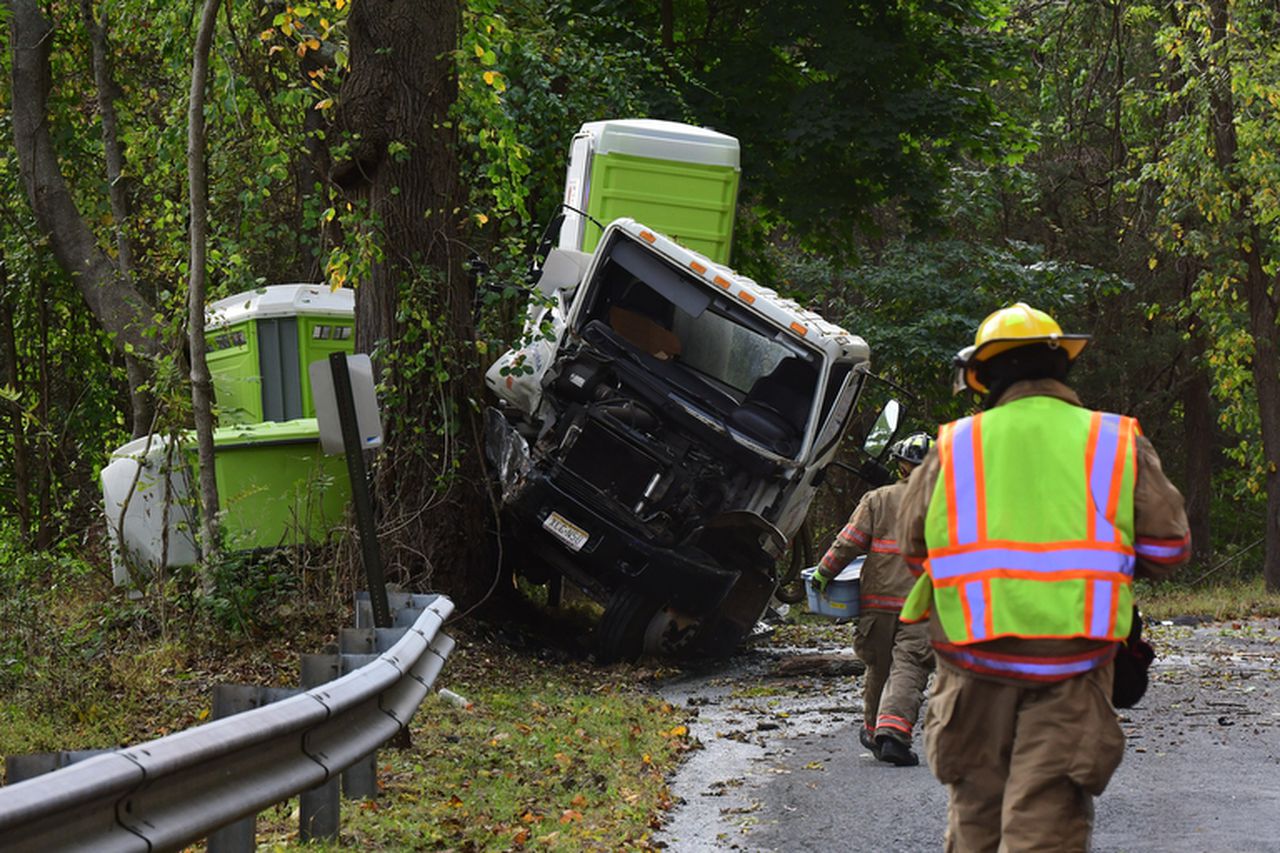 No one was reported injured, and the Warren County Health Department and Hazardous Materials Team responded to oversee the cleanup.

It occurred about 3:30 p.m. as the driver headed south on Coleman Hill Road near Little Philadelphia Road in Washington Township.

Bruce Rambo, 45, of Phillipsburg, was behind the wheel of the Warren Septic Service truck when the brakes failed, township police Lt. John Kaufmann said Saturday.

To avoid a northbound car, Rambo drove off the road to the left, where he hit a tree, then crossed the road to the right and hit a second tree, bringing the truck to a stop, police said.

Rambo was returning from picking up the portable toilets, meaning they’d been used, and several were jettisoned from the truck in the crash, according to police and a report from the scene.

That stretch of road is in a rural part of the township and, while there are homes nearby, there were no residences or businesses in the immediate vicinity of the crash, police said.

The road reopened about 6 p.m.

“Everything’s been taken care of,” Kaufmann said of the cleanup.