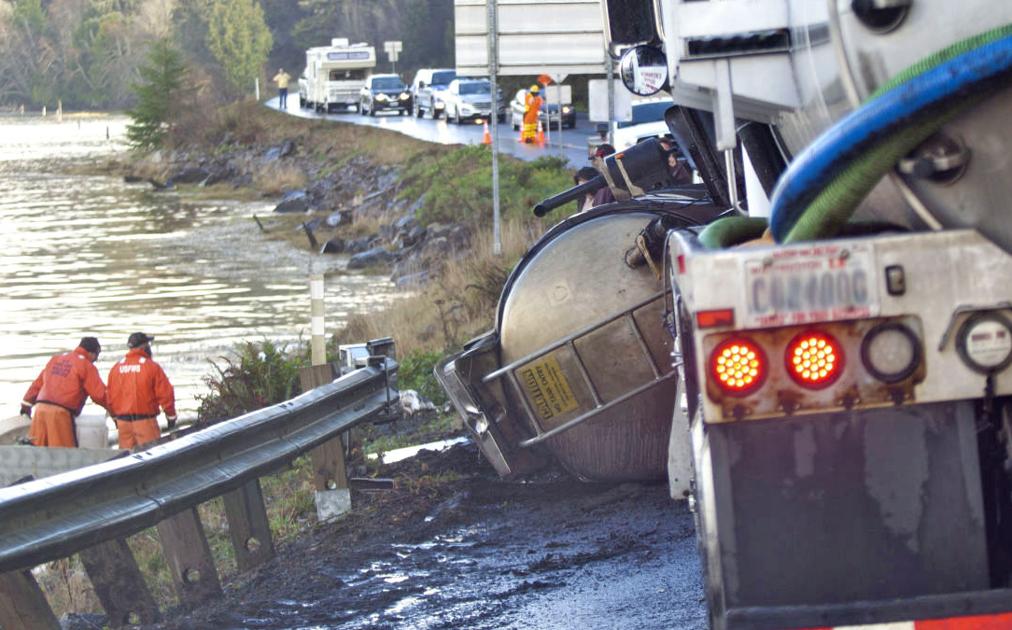 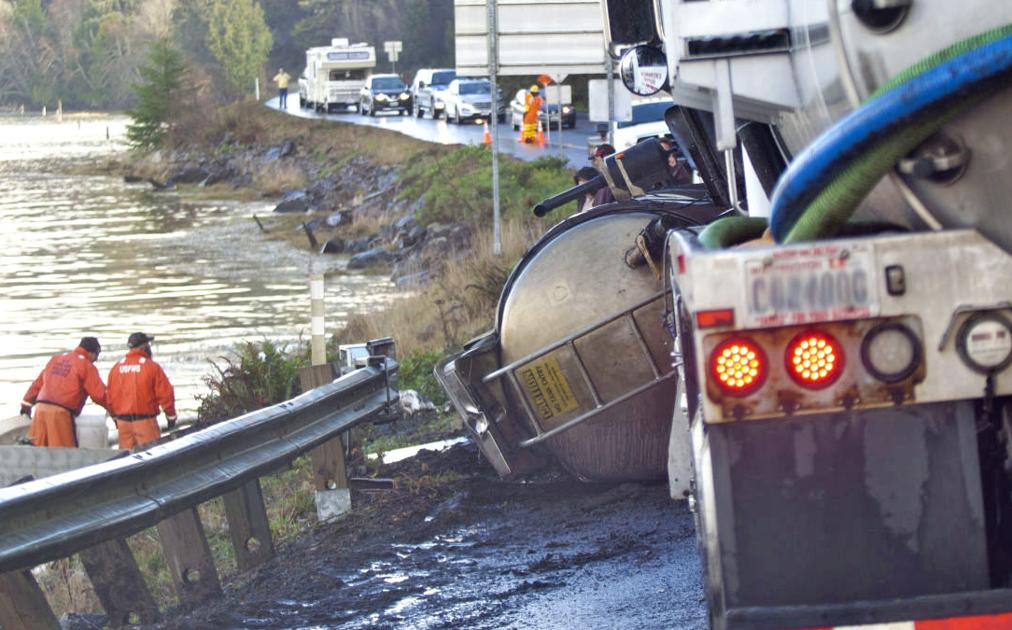 LONG BEACH — Evergreen Septic Service, Inc. will be unable to pump septic tanks until further notice after its septage hauler overturned Monday near Willapa National Wildlife Refuge, causing traffic in the area to slow for about 3 hours.

Evergreen is the only septic pumper and hauler on the Peninsula. People who need their septic tanks pumped will have to call businesses from outside the area for the time being.

The driver was an employee of Evergreen Septic. He was driving the business’ septage hauler when the truck went off the roadway and overturned at about 10:50 a.m. Monday Nov. 25 headed northbound on U.S. Highway 101 near mile marker 24. Septage is the term used to describe the waste pumped from septic tanks.

Ben Woodby, owner of Evergreen Septic, said this is the first time one of his drivers has been in a crash. He isn’t sure when he’ll be able to get a new tank for hauling and it wasn’t a great way to start his week, but he was glad no one was hurt.

“At the end of day, that’s just a chunk of metal,” Woodby said.

The Washington State Department of Ecology was on its way to investigate, Street said Monday at the accident scene.

Traffic was stopped while responders to the scene worked to get the septage hauler upright. Woodby had to pump out some of the septage in the hauler before crews could move it.

Hill Auto Body and Towing was on scene to help, as well as members of the U.S. Coast Guard, representatives of the Port of the Peninsula and U.S. Fish and Wildlife Service.