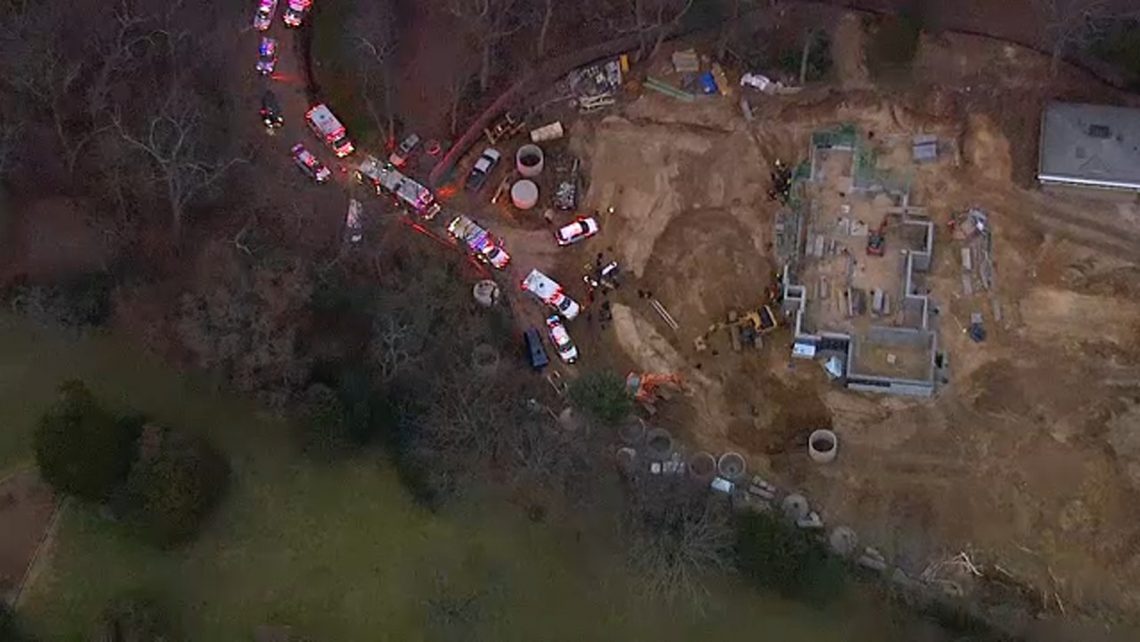 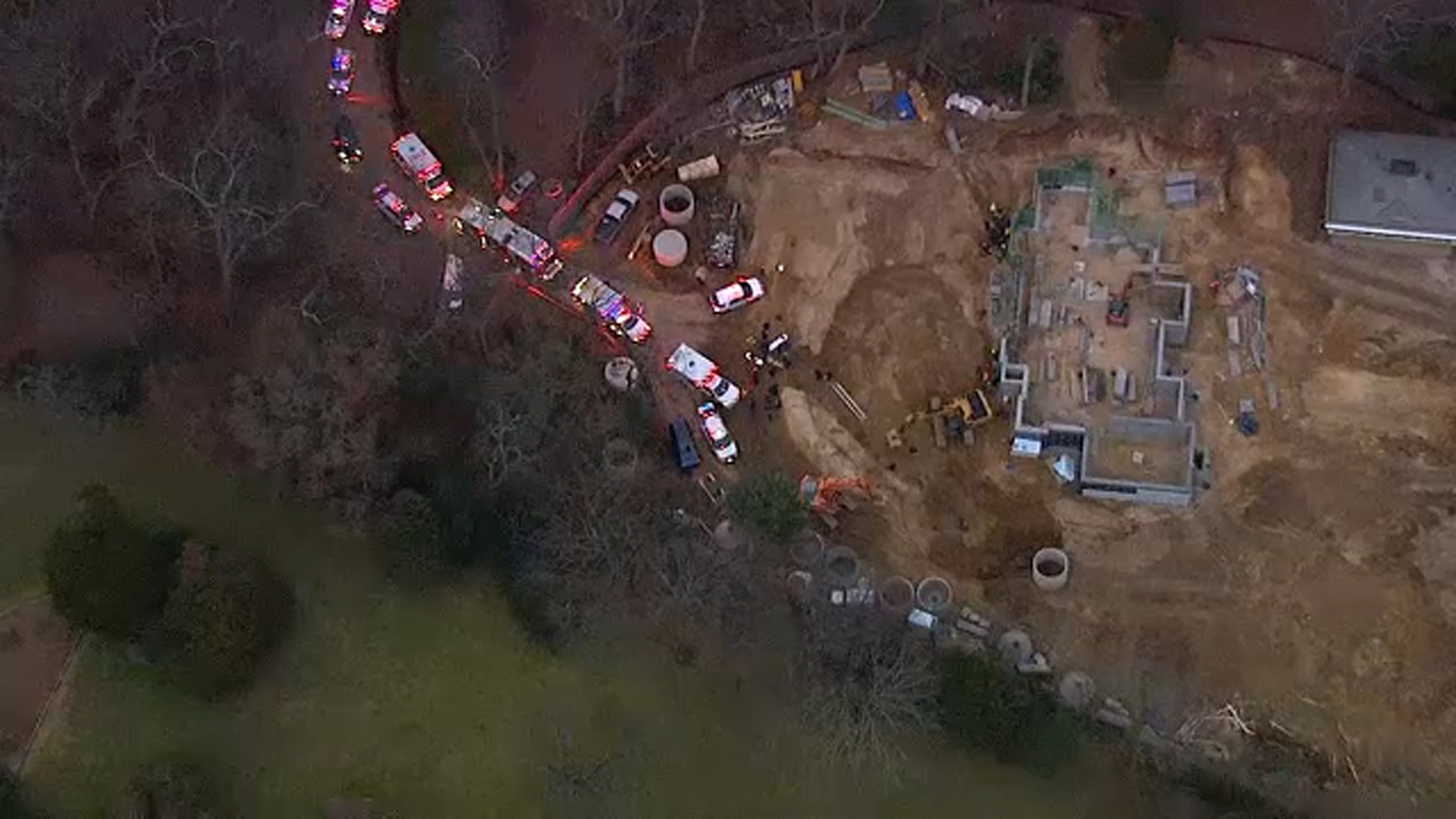 BROOKVILLE, Long Island (WABC) — Two workers were killed after a trench collapsed while they were installing a septic tank at a home on Long Island.

The incident was reported on Wolver Hollow Road around 4:45 p.m.

Police say two men were 30 feet down an excavation hole when one of the walls of dirt and sand gave way.

Both men became covered with five to seven feet of wet dirt and sand, officials say.

First responders started digging with their hands and shovels when the other walls began to give way.

One of the victims, said to be 45 years old, was recovered and pronounced dead at the scene.

Another wall began to collapse before the other victim, believed to be 57 years old, could be rescued.

Crews are still working to recover his body. First responders are working to secure the walls to make it safe for the recovery effort to resume.